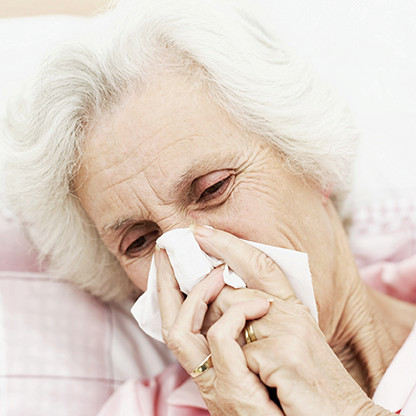 Fall & Spring are typically filled with grass, pollen and mold are the most common triggers of seasonal allergies. Hay fever affects 23.6 million American adults and children, according to the American College of Allergy, Asthma and Immunology (ACAAI). Symptoms commonly appear during the spring and fall months.

While the timing and severity of an allergy season vary across the country, the following climate factors also can influence how bad your symptoms might be:

"Ragweed blooms from August until November, and is unfortunately lasting longer every year," says Dr. Michael Foggs, an allergist and ACAAI president. "Research suggests the season lasts up to three weeks longer than it used to."

Know the culprits. The most common sneeze and wheeze trigger during the fall hay fever season is ragweed pollen. A single ragweed plant may release 1 million pollen grains in just one day, and one grain can travel up to 100 miles.

Find relief. If you wait until the first sneeze to take your medication, you may be too late. Allergists recommend taking your medication two weeks before symptoms begin.

Get tested. Many popular over-the-counter medications can cause sleep disturbances and mental impairment. If you have symptoms, make an appointment for proper testing.

Work with your allergist to devise strategies to avoid your triggers: